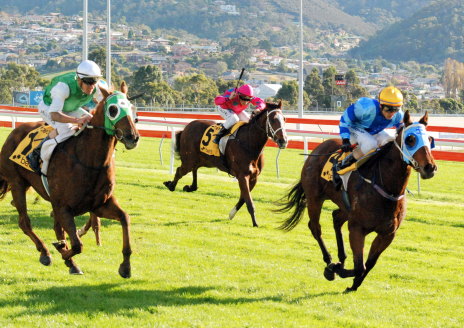 AT Tattersall’s Park on Sunday many astute judges underestimated the talent of three-year-old Huon Knight that was again pitted against his more high-profiled stablemate Galibier in a $20,000 showcase race for three-year-olds over 1200 metres.

Galibier was well backed to start the $1.95 fixed odds favourite while Huon Knight was sent around at $3.70 on most totes.

But Huon Knight delivered another knockout blow to punters when he proved too strong for his stablemate and archrival in the McKay Timber 3YO Handicap over 1200m at Tattersall’s Park.

Huon Knight was coming off a second to Galibier in an 1100-metre sprint on April 15 when he flashed home from well back to run Galibier to a 1-1/4-length margin.

Both geldings lugged 57 kilograms that day but this time Huon Knight had the pull in the weights with a 1-1/2 kilogram difference proving to be a telling factor at the business end of the race.

Huon Knight (Savoire Vivre-Classic Grades) had only one start last season after which he was sent for a spell.

He then finished a game second to the talented Bionic Star before being sent for another spell.

Huon Knight was bred by Rex Colless and is raced by him in partnership with his life partner Kerstin Braun, Dennis Garlick, Mark Greenhalgh, Bob Powell and Cheryl Nichols.

Listen to what owner-breeder Rex Colless had to say about Huon Knight’s latest win – click here .