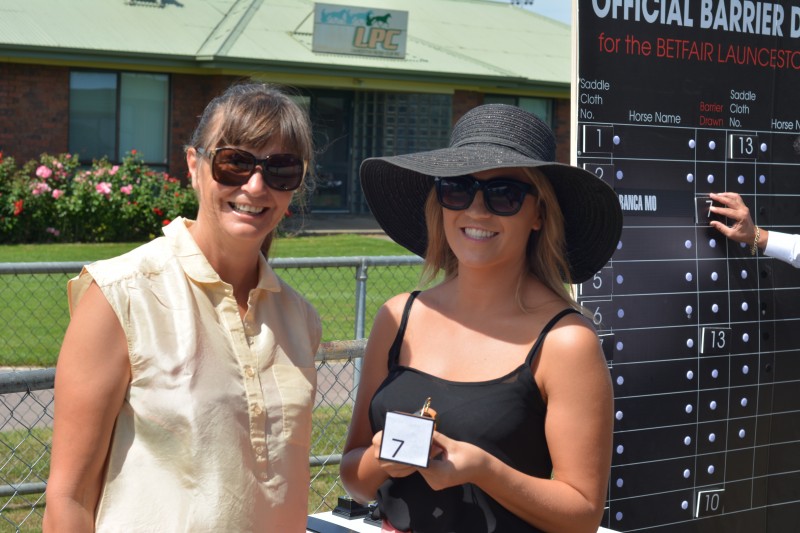 THE connections of Banca Mo heaved a sigh of relief when the gelding drew a favorable barrier for next Wednesday’s $225,000 Betfair Launceston Cup.

Banca Mo has an aversion to inside barriers and owners and his trainer Scott Brunton are on tenterhooks whenever the gelding draws gate one or two in a race because he becomes fractious if left in the gate for any long period of time.

The gelding’s owner Mandy Gunn and her daughter Annabel Larby from the Gold Coast were given the responsibility of drawing his barrier at the official draw at The TOTE Racing Centre in Launceston.

The barrier numbers were hidden under the base of miniature Cup trophies and Mrs. Larby selected one that revealed barrier seven.

“We were hoping for anything between barrier four and six but seven will do,”
Mrs. Gunn said.

“We just didn’t want one or two so now we can be a bit more relaxed before the start of the race,” she said.

While Banca Mo’s owners and trainer are pleased with the draw so too were the owners of Geegees Blackflash that will start from gate four as he attempts to earn his owners and trainer an equal share of the $100,000 Tattsbet Cups Double bonus on offer to the connections of a horse that can win both the Hobart and Launceston Cups in the same season.

The Launceston Cup boasts only two interstate invaders and they fared well at the draw with the Tony McEvoy-trained Pelicano drawing gate two while Garud from the Michael Moroney stable drew gate five.