Iggimacool tunes up for return to racing 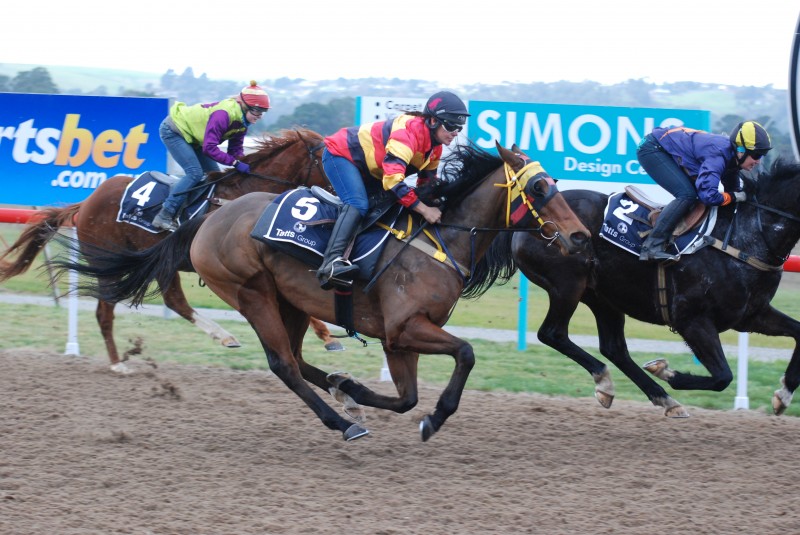 STAR Tasmanian 3YO filly Iggimacool tuned up for her return to racing with an impressive trial on the Tapeta at Spreyton this morning.

With stable trackwork rider Sandra McFerren in the saddle the filly was fairly away from a wide gate to settle last but when the rider eased her three-wide to improve 450 metres out she grabbed the bit and ran on powerfully to finish third and about three lengths from the trial winner Second Dozen.

Iggimacool went close to capturing the 3YO fillies’ Triple Crown.

She won the Thousand Guineas (1600m) but had to settle for second in the Strutt Stakes (2100m) before ending her Tasmanian campaign with a sensational win in the Tasmanian Oaks (2100m).

Her trainer Bill Ryan predicted a bright future for the filly after she won her maiden in Launceston and she lived up to all expectations.

The filly will resume racing in an open handicap over 1200 metres in Launceston on July 27.

Listen to what trainer Bill Ryan had to say after Iggimacool’s trial today.