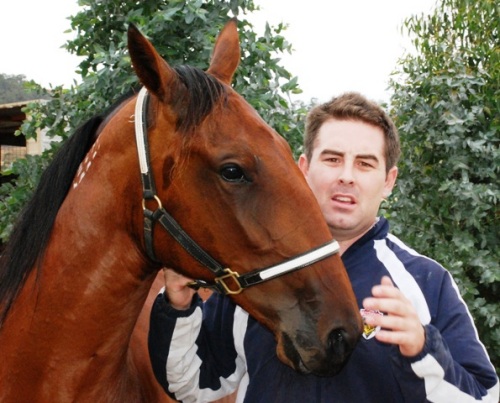 WELL bred two-year-old pacer Imperial Majesty will be out to break her maiden status in the Premiers Plate over 1609 metres at Tattersall’s Park in Hobart on Sunday night.

Imperial Majesty has been placed at her only two starts with the latest a second to the highly promising Benediction at The TOTE Racing Centre in Launceston last Sunday night.

The Rod Ashwood-trained filly is owned by Jade Munnings and prepared at Brighton by Rod Ashwood.

“The filly has been a bit unlucky at her first two starts but showed enough to suggest she has a future,” Ashwood said.

The filly is paid up for the Australian Pacing Gold series that will be held in Queensland in April, so the plan is to head north if she measures up at her next few starts.

While connections are confident Imperial Majesty (Grinfromeartoear-Safety Torado) can break her maiden status on Sunday, she will have to be on her game if she is to outdo the Kent Rattray-trained Quastor Centurion that could not have been more impressive in winning at his only appearance.

Quastor Centurion (TimeStandsStill-DenneiceBay) defeated Beautide and Seadelity on debut in Hobart on three weeks ago and from all reports the gelding has done well since that debut effort.

In that race he travelled sweetly in the one-out-one-back position for most of the race and when driver Erin Hollaway called on home for the supreme effort in the straight he responded magnificently.

Chances also must be given to pole marker Iden Noshot from the Christian Salter stable and Imperial Majesty’s stablemate Little Bit Feral.