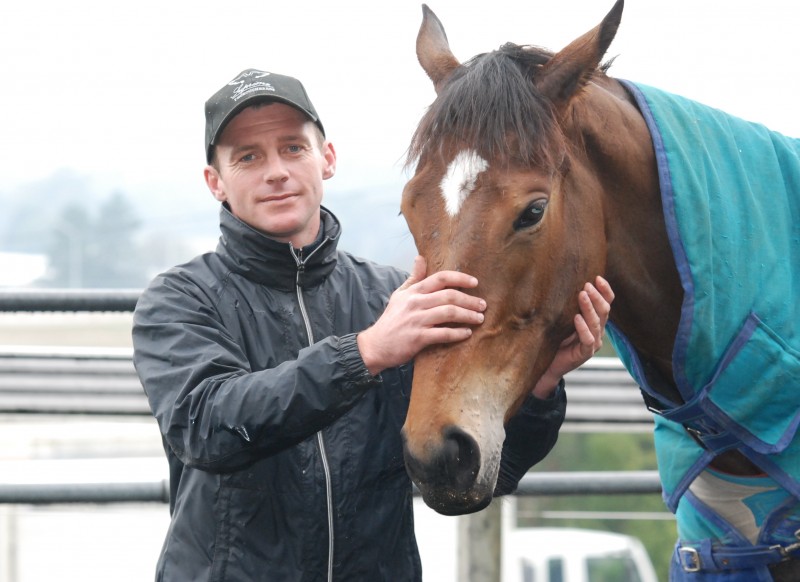 SPREYTON trainer Adam Trinder is laying equal third on the Tasmanian trainer’s premiership table and it was the imported mare Celtic Cutie that elevated him into the top three on Sunday at Devonport.

Trinder has trained 30 winners this season as has fellow Spreyton-based mentors Barry Campbell and Leon Wells with all three having won for their owners over $500,000 in stakes.

Celtic Cutie spent her first two preparations with top Irish trainer Dermott Weld but when it was decided she might not measure up to top class her owners Dieus Brothers Racing Syndicate opted to send her to Trinder.

On Sunday the mare gave her rivals a galloping lesson strolling to a two-length win in a maiden/class one over 1880 metres scoring from Ciao Marco and My Evie Darlin’.

While the opposition was not strong, Celtic Cutie continues the run of success Trinder has had with the mare’s owners.

The same connections race Beautiful Buns that won the $100,000 Listed Vamos Stakes (1400m) during the summer carnival as well as Beer Belly and Fabulously Fake that was Trinder’s first winner as a trainer.

“I am very lucky to have such good owners who keep presenting me with good horses to train,” Trinder said.

“Celtic Cutie is the first to be imported from Europe specifically for me to train and given where she started her racing career (with Weld) she will hopefully measure up and go on and win better races,” he said

Because Celtic Cutie was born in the Northern Hemisphere she is registered in Australia as a four-year-old and will turn five on August 1 but she is effectively six months younger than the opposition having been born in May 2009..

“I’ve had this mare in my care for over a year so we’ve taken our time in getting her to the races,” Trinder said.

Celtic Cutie debuted with a fourth at Devonport on May 5 but she improved dramatically last Sunday to win convincingly.

Trinder is unsure whether to back her up in an 1880m benchmark 62 race at Devonport next Wednesday or space her races.

“The mare has pulled up reasonably well from Sunday’s run but I will wait until later in the week before deciding which way we will go with her race plan,” he said.