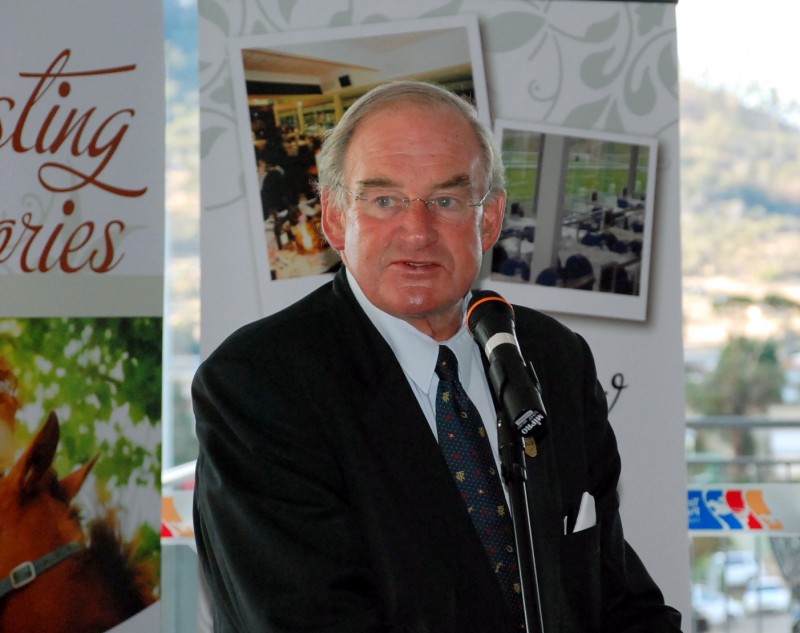 TASMANIA’S racing industry is in mourning over the death of one of its favourite stalwarts Michael Hodgman QC  AM.

The former barrister and state and federal politician passed away peacefully in the early hours of this morning (June 19) at an aged care facility in Hobart.

Hodgman’s death came as a result of a long battle with emphysema.

While he will be primarily remembered as one of Tasmania’s greatest politicians and as a top criminal lawyer, it was his love of thoroughbreds that stamped him as a horse racing tragic.

From an early age he loved to be around horses and that passion remained until the end.

He also was legal representative of many jockeys and trainers at appeal hearings in Tasmania and interstate.

His political life at federal level led him to an outer ministry in Malcolm Fraser’s fourth government.

He was Minister for the Capital Territory and he was responsible for overseeing the rebuilding of Government House in Canberra, a project of which he was extremely proud.

In 1966, aged 27, he was the youngest person to be elected in Tasmania and in 1975 he was elected Liberal federal member for Denison, a position he held until 1984.

He returned to state politics in 1992 and only retired four years ago.

Hodgman is survived by his second wife Lindy and his three children Angie, Will and Tori.