Injury forces Buckle Up Wes out of National Sprint 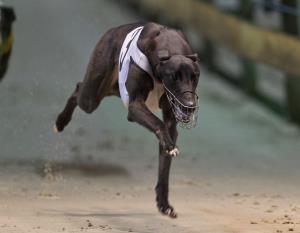 STAR Tasmanian greyhound Buckle Up Wes was today scratched from the upcoming AGRA National Sprint Championship in Western Australia due to a leg injury.

Trainer Ted Medhurst said his kennel star had pulled up sore after winning the Tasmanian state final of the series in Launceston last Monday night.

“He has damaged the ligament that runs down to his stopper bone (front leg) and unfortunately it will mean at least two months off racing,” Medhurst said.

“It is quite devastating because the dog is in great form and he certainly would have been a big chance in the national final,” he said.

Buckle Up Wes won the Australian Cup in March and has since been very competitive in Group racing around Australia.

He was the top-ranked dog in the national series.

In accordance with the rules of the National series an offer to replace Buckle Up Wes will be made to the connections of Dominator Girl, prepared by Paul Hili that ran second to Buckle Up Wes in the state final last Monday night and they have accepted the ofer.

The AGRA National Sprint and Distance Championships will be held at Cannington in Western Australia on August 23.