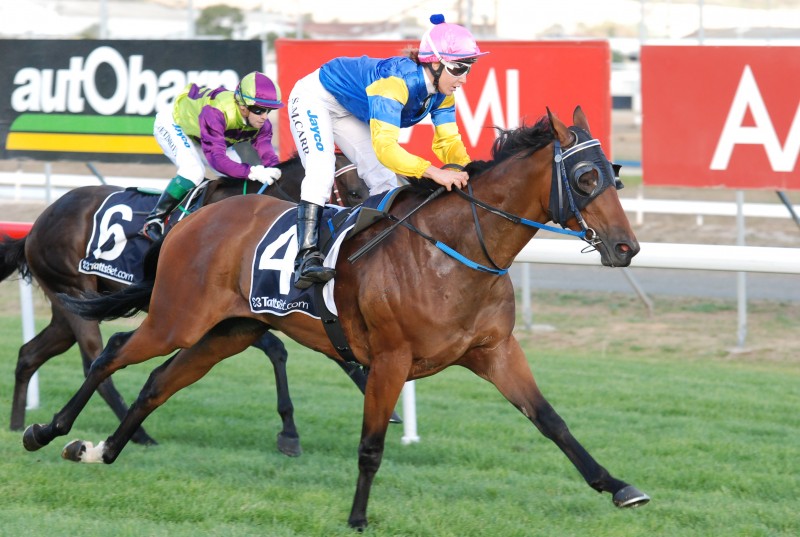 SMART two-year-old Inner Warrior notched an overdue win when he demolished a handy field in the second division of the Tasbonus 2YO Maiden Plate over 1120 metres at The TOTE Racing Centre in Launceston tonight.

With in-form apprentice Sigrid Carr aboard, the Terry Evans-trained youngster raced outside of the leaders but three-wide without cover to the home turn.

When Carr called on the gelded son of God’s Own for the big effort in the home straight he powered past the leader Geegee Pretty Jess and went on to defeat that filly comfortably with Gee Gee Black Fury a closing third.

Inner Warrior went into the race on the back of a fast-finishing fifth to Grand Tycoon in the $100,000 Gold Sovereign Stakes, as the only runner to take ground off the placegetters over the final 200 metres.

Connections were adamant the gelding was about to be spelled but trainer Evans was hoping they might reconsider and allow the horse to proceed to the upcoming feature 2YO races in Hobart next month and then onto the Sires Produce Stakes over 1400m in May.