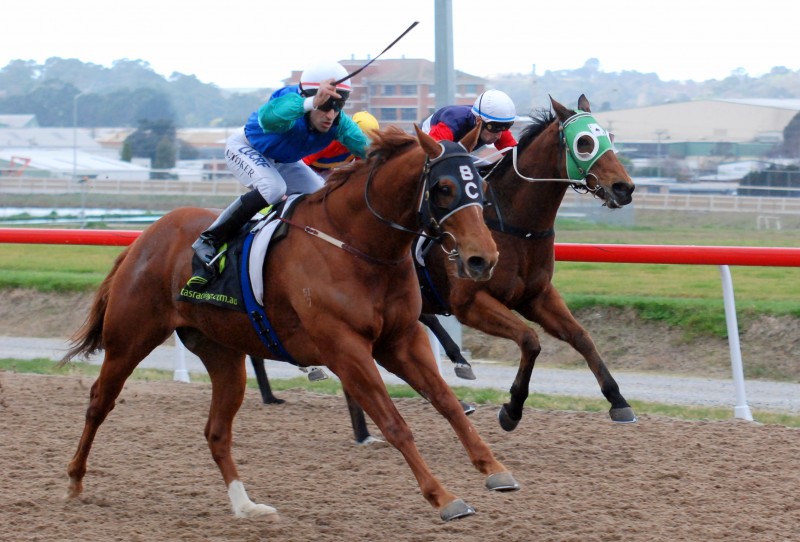 Hall of Fame trainer Barry Campbell declared Innocent Gamble the best sprinter on the synthetic at Spreyton after his stable star demolished a class field in the $25,000 Tapeta Sprint Series final over 1150 metres on his home track yesterday.

Innocent Gamble stalked race leader Loaded Owners to the home turn and when stable apprentice Ismail Toker called on the gelded son of Elvstroem for the supreme effort he powered past the leader and went on to win comfortably from the fast-finishing Iggimacool with Loaded Owners a close-up third.

It was Innocent Gamble’s sixth win from nine tries on the synthetic surface and it was Toker’s seventh win on the gelding that was formerly trained by Mark Riley in Melbourne who prepared the hose to win a Blue Diamond Preview as a two-year-old.

“This hose is a genuine sprinter and he’s thrived since he came here to Tassie,” Campbell said.

Listen to what trainer Barry Campbell had to say about Innocent Gamble’s latest win.