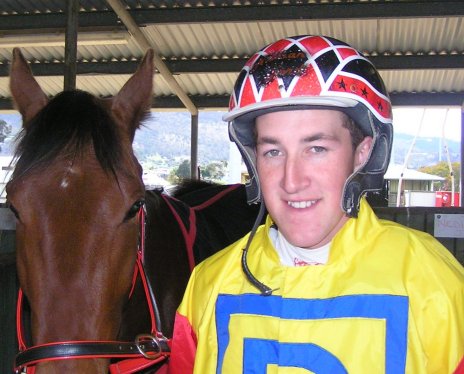 THE devastating Christchurch earthquake has forced the transfer of the 2011 Christchurch Casino Inter Dominion Pacing and Trotting Championships from Addington Raceway to Alexandra Park in Auckland.

The decision was ratified by the Inter Dominion Event Committee, comprising representatives of HRNZ and Harness Racing Australia (HRA), in a telephone conference last night.

“Everyone involved in the decision making was aware of the difficulties in moving the series, which

“The Met has done a great deal of planning and everyone was looking forward to an outstanding Inter Dominion series in Christchurch,” he said.

“Obviously however the earthquake has changed all that. We are acutely aware of the human suffering and the impact this tragedy has had on all New Zealanders.

While every endeavour has been made to retain the series in Christchurch, unfortunately with the state of the city and the repairs required to Addington Raceway, this is not feasible”.

“We were also mindful of the need to make a prompt decision to assist the connections of horses engaged in the series in making plans, as well as other parties such as tour operators and individuals who had been planning to attend the series,” Mr Rennell said.

“It really is a “no-win” situation and we appreciate this decision will affect a number of people”.

The series will still be hosted by the NZMTC who will race at Alexandra Park as a tenant club of the ATC. In a change to the conditions of the series, the stakes for the Pacers final has been reduced to $800,000 with all other races maintained at their programmed level.

The reduction with the Pacers final has been necessary to ensure the viability of the event with the late transfer and associated additional costs facing The Met following the earthquake.

“The easy option for The Met would have been to abandon the series given the circumstances it finds itself in”, Mr Rennell said.

“HRNZ applauds the club for its courage and commitment in continuing to stage this event for the benefit of the industry despite the current difficulties”.

Revised conditions for the series will be determined and released to the industry on 3 March.

Other feature races such as the New Zealand Derby will be retained in Christchurch and raced on alternative dates that will be determined over the next week.