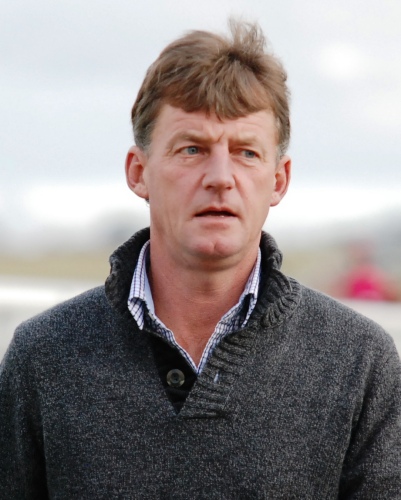 PLANS to send promising stayer Stadacona interstate for a hit and run mission at Flemington on Saturday week remains on hold despite the gelding’s impressive win in the Examiner Newspaper Handicap (open) over 2100 metres at the TOTE in Launceston today.

Stadacona was coming off an effortless win in the weight-for-age St Leger over 2100 metres two weeks ago.

While this latest outing was against modest opposition he won with authority to enhance his chances of slipping across Bass Strait to tackle the Rod Johnson Handicap over 2000m on June 12.

With Stephen Maskiell in the saddle, Stadacona was given the run of the race and hit the line over four lengths clear of Wallis with Speedy Sky over five lengths astern and just in advance of the only other runner Geejayhaitch.

Blacker predicted last season that Stadacona (Telesto-Blue Recall) had the potential to develop into a very handy stayer and while he was slow to find form this preparation his latest outings have been worth the wait.

Blacker said he would discuss the gelding’s immediate future with the owners over dinner and a few glasses of wine tonight. Listen to what trainer John Blacker had to say about Stadacona’s latest win – click here .