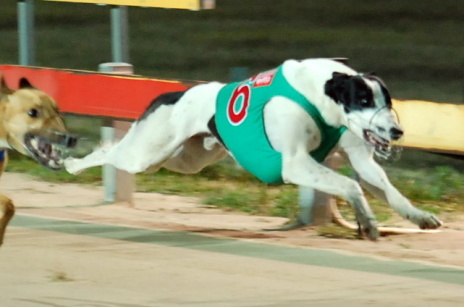 The Invitation Stakes at The TOTE Racing Centre in Launceston tonight has attracted a strong field with a much different make up compared to recent weeks.

Jennifer Ellen from the Rod Ransley kennel was most impressive winning at this track last week and may well repeat here.

She is much better drawn but that is balanced by the higher quality opposition.

Black Nitro holds the key to the race as he has won here in 29.57 and should he begin well and lead then the race is up for grabs but the Paul Hili-trained dog has been a bit hit and miss from the boxes of late.

Decembrist trained by Peter Phillips is a veteran but races best on this track and his win here was very good.

Olwyn (Ted Medhurst) is racing below her best but from box one her winning chances have increased dramatically.

The best bet on the card appears to be Flukey Pines in race three.

From box one The Ted Medhurst-trained dog should be very hard to beat.

The value bet is Zultan in race nine. Prepared by Steve Hutt at Richmond, his recent form is better than most in this field and he gets his chance to win his second race on the track.