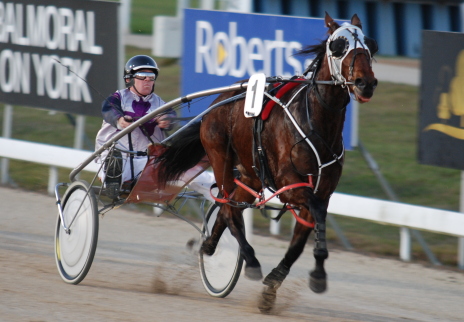 Island Disco ($2.20) could have made a more impressive debut, leading all the way to score a convincing win over Faithful Jet and Like It Is in the Lee’s Orchard 2YO for 2C0 and 2C1 class juveniles.

The Christian Salter-trained youngster was challenged strongly by Springfield Tattoo ($3.30) that faced the breeze from the outset but when Salter called on his filly to extend she dropped him off and gave nothing else a chance in the home straight.

Like It Is rattled home late, coming from last at the 500m, to grab second just ahead of Faithful Jet that trailed the winner throughout.

Salter said the filly has always shown ability and while this was only her first trip to the races, he is confident he has what it takes to tackle the Evicus Stakes (2YO Sires Stakes).

Unfortunately the filly was not paid up for the Big Park Stud Sweepstakes series of which the heats for that series were held in Hobart last Wednesday.

Salter said he was in the process of leasing the filly from the owner-breeders Bill and Tamra Fawdry.