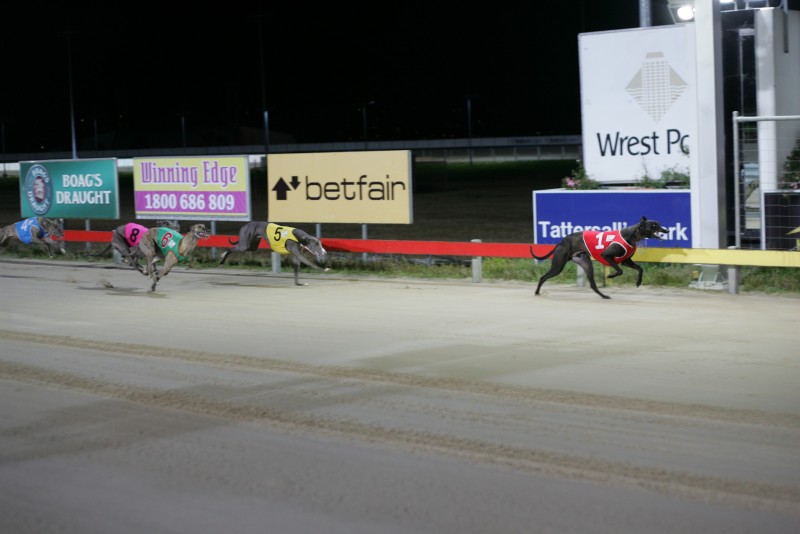 WHEN David Polley was only 15 he yearned to be a greyhound trainer so he acquired a pup and set about realising his dream.

He bought a Summer Idol pup named Twinkle Champ and that dog gave him the grounding to go on and help a prominent owner, the late Reg Jackson, train two dogs of which one, Proud Knight, won a Hobart Thousand Consolation.

But after two years Polley joined the workforce so his childhood dream had to be put on hold.

About five years ago Polley rekindled his interest at the age of 50 and he has gone from strength to strength producing a strike rate second to none from a handful of dogs that have since passed through his kennel at DerwentPark.

The acquisition of a pup he convinced workmate David Riley and friend Jack Jury to buy has taken then all on a wonderful ride that could soon end up seeing the son of Knocka Norris race in Melbourne.

Last  night at Tattersall’s Park in Hobart Jack O’Riley scored an emphatic win in a grade three event over 461 metres to register his eighth win from only 17 starts and he also has accrued six minor placings that has helped lift his stake earnings to beyond $11,000.

Jack O’Riley ($2 fav) was fairly away from box one but he mustered speed quickly to retain the rail and held sway by a length at the top turn and he went on to score by 3-1/2 lengths from dead-heaters Shanlyn Peanut and Sir Slater.

“This dog showed us above average ability from day one but in the early stages he was a bit tardy from the boxes but he has gradually improved those manners,” Polley said.

Jack O’Riely has won eight of his 17 starts and five have been on the Hobart U-bend circuit.

Polley says the connections are contemplating a short campaign in Melbourne but they will make a firm decision after the dog contests a race in Launceston on Monday night.