Jason Maskiell back in the saddle 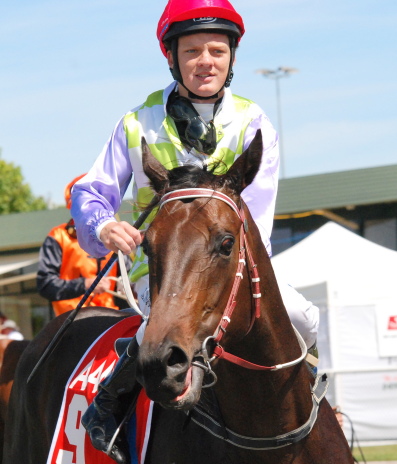 Maskiell has not been seen at the races since he copped a six-month suspension for testing positive to a banned substance at a meeting at Echuca in Victoria last year.

But a decision to return home to regain his composure and to find a way forward has given him the chance to progress his riding career.

The talented young rider took Melbourne by storm three years ago winning the apprentices’ premiership in his first full season in Victoria with 52 winners that also placed him second to Luke Nolan on the senior premiership table.

For the past two months Maskiell has been working for Spreyton trainer Vicki Rhind who has taken on the role of mentor and advisor.

“I’ve been living at Vicki’s place and it has been brilliant and just what I needed to help me get back on track,” Maskiell said.

Maskiell has taken four rides at the TOTE Racing Centre on Sunday including one for Rhind (Apache Son) in the second on the nine-event card.

His other rides are aboard Sunset Sioux for Victorian trainer Craig Conron in the BM68 over 2100m (race 5) and he has two rides for his grandfather and former master Ken Hanson in Stockbroker in race six and on Reach The Moon in race eight.

Listen to what Jason Maskiell had to say about his return to race riding on Sunday – click here .