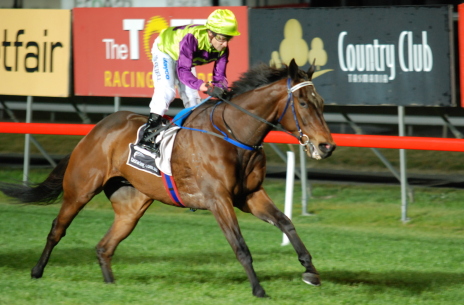 Jay Bee’s Gee Gee went into the race on the back of a string of minor placings but from barrier one and with in-form jockey Stephen Maskiell in the saddle the five-year-old gelding delivered the goods in style.

Maskiell ensured a solid tempo while his stablemate Gee Gee’s La Quita took the trail with the top weight Lock It In Eddie handy to the lead and Secuma placed fourth to the turn.

Gee Gee’s La Quita emerged to challenge in the home straight and while she tried hard, she was no match for her more experience stablemate.

Maskiell was full of praise for his charge.

“This horse does his best when he is allowed to bowl along at a solid tempo and that was out plan tonight,” Maskiell said.

“What I did like tonight was his acceleration when I asked him for an effort on the turn and that really set up the win. He was strong on the line,” he said.