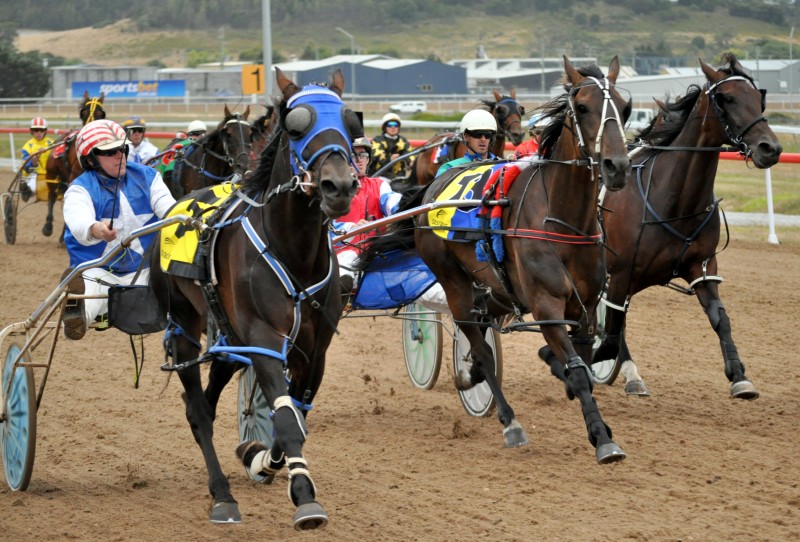 AS three-year-old Johnnyace was competitive against the likes of reigning Inter Dominion champion Beautide but like others his form waned and he never reached the heights that his owners might have expected.

But Johnnyace has continued to be a good money spinner for his owners and in particular his trainer Andrew Rawlings.

The now seven-year-old still has what it takes to win feature races and he showed that at Spreyton on the synthetic surface last Friday by storming home to win the Sheffield Cup.

It was his 12th career win and it also gave Rawlings and driver James Austin a double for the meeting.

While Rawlings was quietly confident the gelded son of Aces N Sevens would perform well punters were not of the same opinion sending him around a $37 despised outsider.

Rawlings said that injuries and illnesses had prevented Johnnyace from realising his full potential.

“After his three-year-old season he went through a fence at home and almost cut off his leg,” Rawlings said.

“Since then he’s never quite shown what he did as a three-year-old when he ran seconds and thirds behind Beautide but he’s still been a nice horse,” he said.

Rawlings also had his recent New Norfolk Cup winner Musselroe Bay engaged in the Sheffield Cup and he was one of the top fancies for the race.

“Musselroe Bay just couldn’t get a clear ruin at them in the straight and went to the line hard held” Rawlings said.

The favourite Whisper Jet ($3.30) lost her chance when she was slow to begin from a 20-metre handicap but she ran on well to finish fourth.