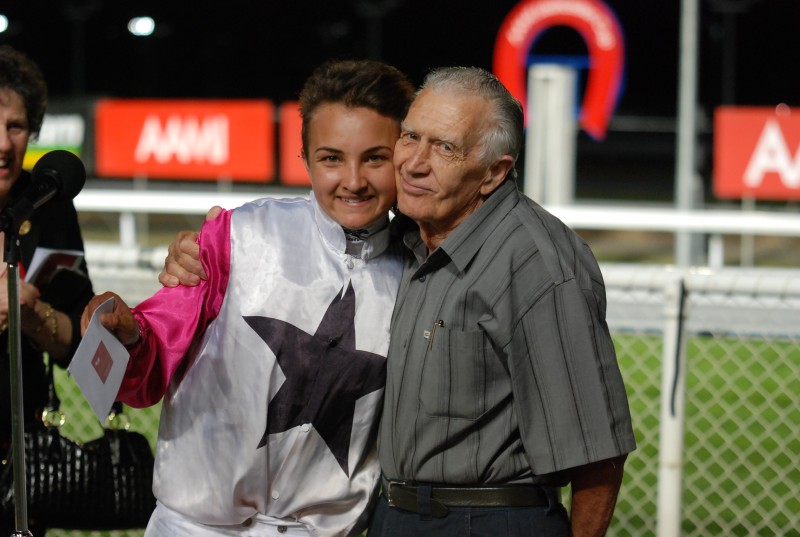 TREVOR JONES earned a reputation as a master horseman during his career as a jumps jockey that spanned three decades.

During the 1950s, 60s and 70s, Jones rode more than 500 winners over jumps and on the flat and as well as being regarded as one of the best of his era he also was often referred to as the “Gentleman of Racing”.

He was the first Tasmanian-born jockey to win the Grand National at Flemington in 1954 when he guided Fearless Chief to victory and he repeated the feat aboard Coltara in 1963.

He also won Grand nationals in South Australia and many times in his home state.

Jones’ family arranged for the sponsorship of a race in Launceston on Wednesday night and he made a presentation to talented apprentice Georgie Catania who won the race aboard the Glenn Stevenson-trained Flash AL Moon.

Jones is still a regular racegoer and he was clearly delighted with all the fuss he was afforded at last night’s meeting.