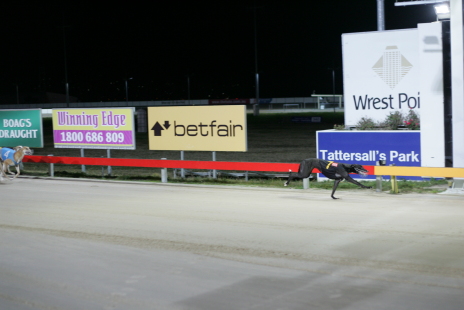 Ted Medhurst has a number of runners at The Tote Racing Centre with winning chances but none more so then maiden Josh Pines (R3).

This son of Where’s Pedro has had the three starts for two lasts and a sixth so punter’s will have to take him on faith alone as he has had more bumps and checks than a tartan cardigan.

However the Managlore marvel wouldn’t have him in his kennel unless he showed ability and he has been specked in two of his three starts.

Floodwater looks next best while Hellyeah Rocket, although drawn inside out looks a place hope.

Shanlyn Joaney for Goodwood’s Graeme Moate should be hard to beat in the National Greyhound Form Grade 5 (R8).

Despite running last over the 599m trip on Thursday night, this spirited chaser has had four starts on the track for two seconds and a third and deserves a change of luck.

Hussey Stanley looks like a good quinella while Falun and Stylish Lucky might round out the top four.