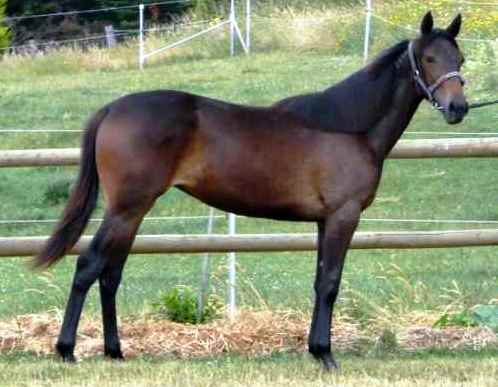 THE Tasmanian Premier Yearling Sales is expected to attract plenty of interest with the draft opt 42 yearlings rated one of the best in years.

One filly of JR Mint’s impressive yearlinmgs is a filly from Superior Stature, a Stature mare from the Family of Kellis Express that travelled to the US and rated 1.53.

Also a part of this family is Four Trumps a winner of 24 races in NSW before being exported to the USA.

Superior Stature had her first starter recently a Pacific Fella 3yo called Crusin Fella who was placed at Kilmore on debut.

JR Mint was an exceptional racehorse in North America winner of the Hoosier Cup, he upon inspection, is a quite easy to handle stallion a trait he has passed onto his progeny according to stud master Lyndon Menegon.

Dieberspace and Times Stands Still are the only other Tasmanian based stallions with progeny in the sale although some might not agree with that as Time Stands Still now stands in Victoria he is represented by a Australian Pacing Gold entrant Tim and Susan Maine of Harford a colt out of Vanchristol a Meadow Fella mare who is the dam of Vanstand a two time winner here in Tasmania.

Vanchriscol is a half sister to Schnozzle and Torada Power the dual Group 3 winner of the Globe Derby as a 3yo and the Raider Stakes as 4yo.

Dieberspace who was the leading first season Tasmanian stallion last season with 3 winners from his 12 starters last season as 2yo including the very smart Dieberdon who’s only unplaced run was on the grass at St Helens he has a colt from Nothing Gained the dam of Nothing to Lose and this colt is closely related to hundred thousand dollar winners Bells Beach and Torquay and Kay Seymour Nusery Stakes winner Fussie Jussie.

Dieberspace’s filly in the sale, is out of Lady Namdrah a Smooth Fella mare. This is an interesting family including New Zealand’s best ever mare Blossom Lady who is of course the dam of Mister DG, also in the family are Ima Orphan and NSW sires Stakes winner Biaggi