Just A Beach has bright future 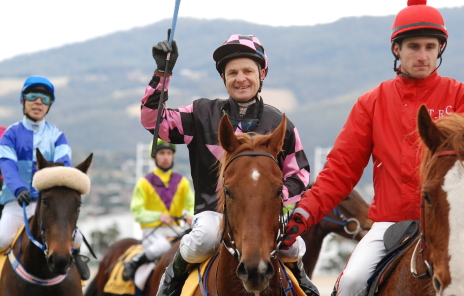 SPREYTON trainer Barry Campbell predicts a bright future for his lightly raced four-year-old Just A Beach that kept his unbeaten record intact in class one handicap over 1100 metres at Tattersall’s Park in Hobart on Sunday.

Just A Beach has had only two starts but Campbell is confident the gelded son of Delago Brom can progress through his classes without much effort.

The gelding was well ridden by premier jockey Stephen Maskiell who settled him outside of the leader and never asked for the effort until well into the home straight.

Tough Customer led and looked to be travelling like the inner turning for home but when Maskiell called on Just A Beach for the big effort he quickly put the end result beyond doubt.

Just A Beach is owned and raced by Ron and Trudy Schwanke who have been involved in thoroughbred racing for well over a decade.

Listen to what trainer Barry Campbell had to say about Just A Beach – click here .