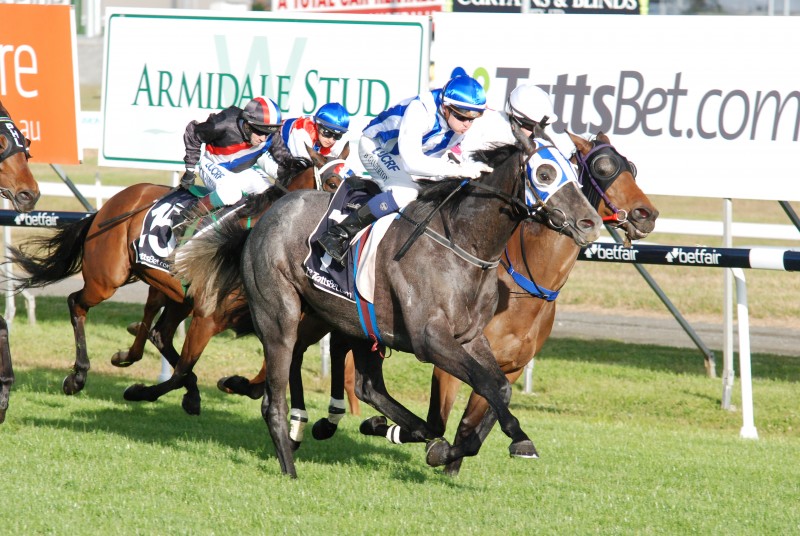 UNDERRATED three-year-old Just Call Me Fred gets the chance to make it back-to-back wins when he steps out in a Benchmark 72 event over 1400 metres at The TOTE Racing Centre in Launceston tonight.

Just Call Me Fred won two in succession earlier in the season before tackling a couple of the feature 3YO races leading up to and during the Tasmanian Summer Racing Carnival.

He could not have been more impressive in winning a strong class two handicap over 1400m in Hobart three weeks ago and while he meets much more experienced and better-performed gallopers on Sunday he is in career best form.

The Barry Campbell-trained gelding will be ridden by three kilogram-claiming apprentice Boris Thornton who has shown untapped ability since he has been riding in the state and he has recently had his indentures temporarily transferred to Spreyton trainer Adam Trinder.

Just Call Me Fred carried 59kg to victory last start but on Sunday, courtesy of Thornton’s three kilogram claim the grey gelding will carry the minimum of 54kg and barrier two also will enhance his chances of winning.

The obvious dangers appear to be Blacko, from the Scott Brunton stable and the Stuart Gandy-trained Jay Bee’s Gee Gee that is resuming from four-month spell but has had the benefit of two trials and winning the latest over 900m in Hobart on March 17.

The John Blacker-trained Smoke ‘N’ Whisky also has returned to form with a win on Launceston Cup day followed by two creditable seconds at the same venue.