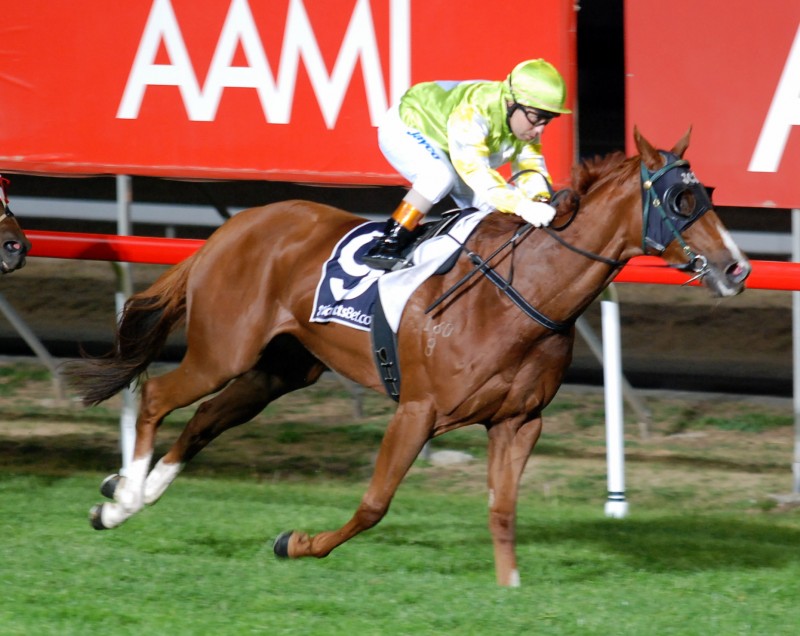 VISITING Victorian apprentice Erhan Kacmaz celebrated arguably his best win in his adopted state when he guided the Jenny James-trained Vision Of Beauty to an emphatic win in the National Apprentices Series race over 1200 metres in Launceston on Wednesday night.

Vision Of Beauty opened up the favourite at around $5 but by race start time she had drifted to $7.60 but in the end the four-year-old mare won like an odds-on chance.

Kacmaz was under instructions to have the mare in a forward position if possible early in the race and have her poised to pounce nearing the home turn.

The script went to plan and the mare made her rivals look ordinary as she bounded clear in the home straight and went on to win comfortably from Zarimby (Jenny Duggan NSW) and Genimay (Chanelle O’Grady WA) with race leader Zeybek (Sigrid Carr) fading to finish fourth.

“We had a talk before the race and Erhan carried out the instructions to the letter,” James said.

“The race panned out as we thought it might and I am more than pleased with how this mare finished off her race,” she said.

Vision Of Beauty went into the race on the back of a luckless fourth in Hobart in which she suffered a check at a crucial stage that cost her a winning chance.

“This makes up for last start when she probably would have won had it not been for the interference she copped.”

“We will give the mare a freshen-up and look for another suitable race,” James said.