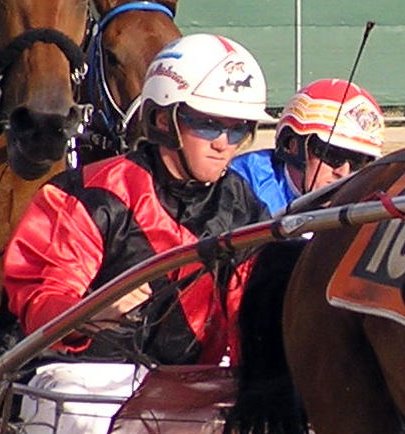 SMART three-year-old Karalta MacLeod kept his unbeaten record this preparation intact when he gave his rivals a pacing lesson in the Sanpan Pace (C0) over 1680 metres at The TOTE Racing Centre in Launceston tonight.

Karalta MacLeod (Mach Three – Fox Cloud) was one of last season’s better performed two-year-olds winning four of his 10 starts but this preparation he has gone from strength to strength.

However this latest outing was against older and more experienced horses.

With the state’s leading reinsman Gareth Rattray aboard, Karalta MacLeod began well from the outside of the front row (7) but had enough early speed to find the front.

Resurgence (David Wesley) faced the breeze for the last lap while Chassys Best trailed the leader with Marossi left to work three-w-de for the last 800m after driver Scott Ford stuck to pre-race instructions and allowed the gelding to ease out at the start and make a move 800m from home.

The gelding was bred by Noel and Marlene Salter and is owned by Wayne and Gaye Rattray who bought him at the 2007 Tasmanian Yearling Sale.

Karalta MacLeod is heading towards the three-year-old feature races run during the upcoming V75 Tasmanian Summer Harness Carnival that kicks off at Devonport in a fortnight.

The carnival boasts two 3YO feature at each of last two meetings with the $20,000 V75 3YO Championship run in Launceston on December 20 and the $20,000 SEW Eurodrive Tasmanian Guineas in Hobart on December 27- PETER STAPLES.