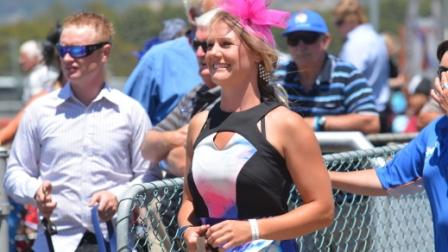 WHEN trainer Mark Ganderton’s trackwork-rider Liandra Gray was looking to buy a horse to race she was offered one from trainer Graeme McCulloch that fitted the bill.

In Devonport today the seven-year-old gelding that had 34 starts before joining the Mark Ganderton stable broke his maiden status and accomplished the feat like a horse that will win more races.

Keep Racing was settled midfield by jockey Anthony Darmanin and gradually worked into the race from the 600-metre peg.

When Darmanin called on the son of Mount White for the big effort he powered home to win comfortably from What A Buzz with the winner’s stablemate and race favourite Ain’t The Whisky a close-up third.

Keep Racing finished third at his first start for his new owner and today he was well backed to start the second elect at $4.40.

Listen to what trainer Mark Ganderton had to say about Keep Racing’s win.