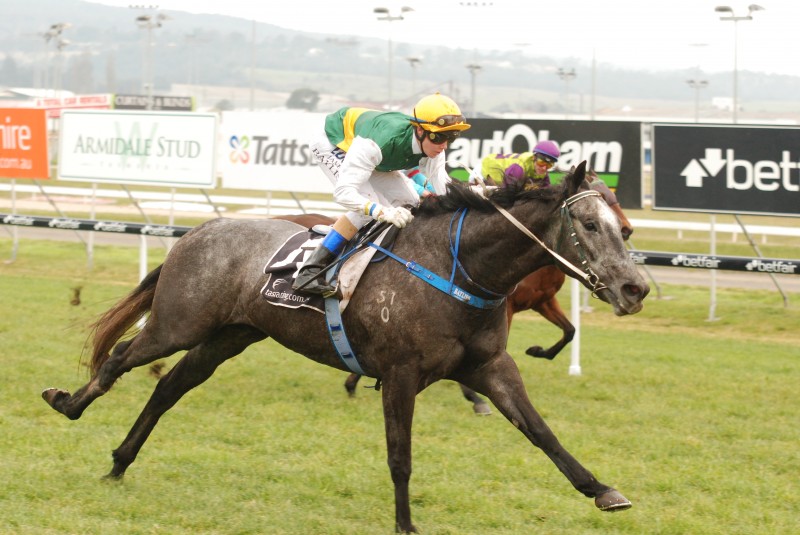 A THREE-YEAR-OLD by Grey Swallow could be the best horse Campbell Town trainer Kath Kennedy has bred given the way he delivered the knockout blow to his rivals in the Access Hardware 2YO and Upwards Maiden over 1100 metres at The TOTE Racing Centre in Launceston today.

Etown hit the front in the home straight and was being hailed the winner until Mr Anpranks arrived on the scene.

The gelded son of Grey Swallow swooped on the leaders close to home and went on to score by over two lengths from Etown with the favourite Mr Clangalang a battling third ahead of So Much Fun.

Bayliss, who is apprenticed to top Victorian trainer Mick Kent, said Mr Anpranks had above average ability and was impressed by the way he handled the slow ground.

Mr Anpranks was bred by Kennedy from her broodmare Jadeica that showed enormous potential on the racetrack but had to be retired before she had a chance to prove herself.

Listen to what trainer-breeder Kath Kennedy had to say about Mr Anpranks’ debut win.