Kenny cruises to another win 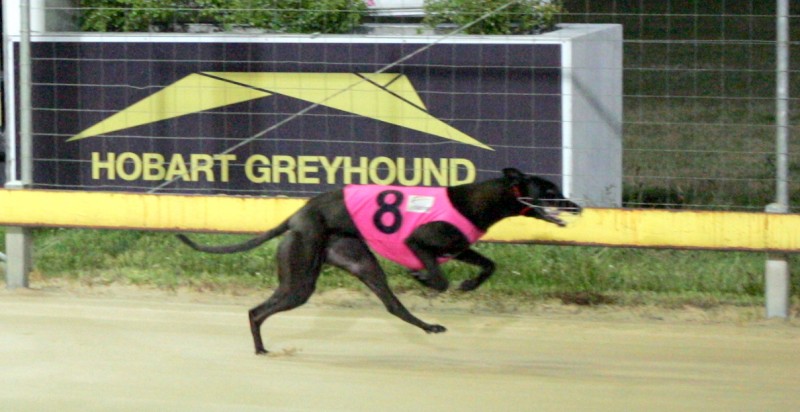 KENNY’S CRUISE might only be a fifth grade dog on most tracks in Tasmania but his times suggest he isn’t far away from mixing it with the state’s best.

In Hobart on Thursday night he trounced a handy grade five field over 461 metres flying the lids from box eight and powered his way to a five-length win over the very smart Touch of Venus with It’s Crunch Time almost a length astern.

The Ken Mayne-trained dog took a while to come to hand winning his first juvenile at his eighth start but he won at his subsequent outing in a juvenile in Launceston over the short course of 278 metres.

He missed out on winning a juvenile at Devonport but there is no doubt he will win graded events on that track.

Kenny’s Cruise is by former star sprinter Big Moose that trainer Butch Deverell said many times that he was probably the quickest dog he has trained.

And the way Kenny’s Cruise began last Thursday night would suggest he has inherited much of his sire’s early speed.

At this latest outing over 461 metres Kenny’s Cruise stopped the clock at 26.27 and that would have earned him a berth in the Gold Cup final of which there were four heats run on the same program.