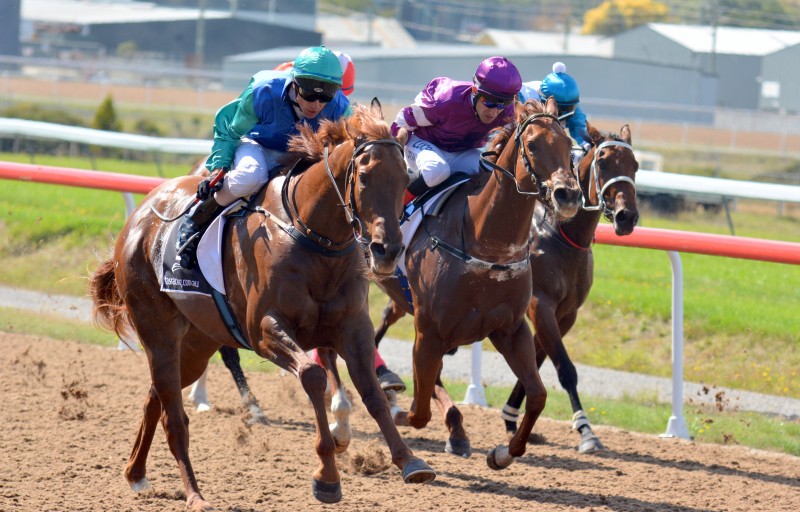 HALL of Fame trainer Barry Campbell is predicting a bright future for Kentucky Bound after the gelded son of Mr. Innocent scored an emphatic win on debut over 900 metres at Devonport today.

Kentucky Bound was backed in from $4.60 to start the $2.90 second favourite behind Peace Keeper ($2.40) and while Campbell’s four-year-old was forced to do it tough three-wide without cover in the first half of the race and was the widest runner turning for home he still proved too god for his rivals.

Kentucky Bound ran home powerfully to score by a length from race leader Lanilew ($7.80) with Peace Keeper a close-up third ahead of Divine Archer that flashed home from well back to finish fourth.

It was a courageous win and one that the gelding’s part-owner Jesse Campbell enjoyed immensely as Kentucky Bound is the first horse she has owned.

Kentucky Bound is a full brother of Tennessee Drive that won three of his only four starts before suffering a leg injury that has so far kept him off the track for eight months.