Keogh back in the saddle 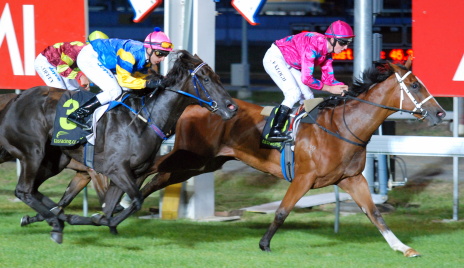 RONAN KEOGH will make his return to race riding at Tattersall’s Park on Sunday.

Keogh has been sidelined with a broken collarbone that has kept him sidelined for about two months.

Keogh was Tasmania’s leading apprentice in 2010 and was runner-up to Talia Rodder last season, although breaking his left collarbone twice and in the same place kept him out of the saddle for about one-third of the racing season.

Keogh has taken only a few rides for his first meeting back but he expects to have a full book at the following meeting in Launceston on September 18.

He also will apply to Racing Services Tasmania for an extension on his apprenticeship given he missed such a great part of last season through injury.

Listen to what Ronan Keogh had to say about his pending return – click here .