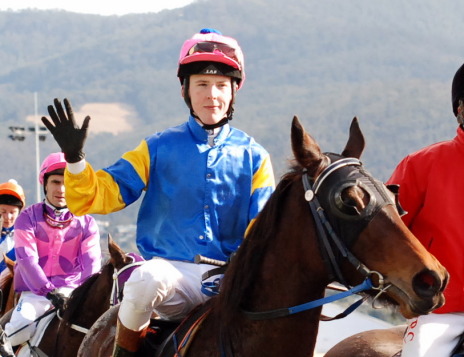 IRISH born Tasmanian apprentice Ronan Keogh showed why he is Tasmania’s leading apprentice by partnering Daneomite to a stirring victory in the Skills Queensland National Apprentice Series over 1000 metres at Eagle Farm in Queensland today.

Keogh’s mount was forced to sit no better than five-wide from the outset due to drawing a wide gate but when he asked the gelding for the supreme effort in the home straight he responded magnificently.

The gelding laid in over the concluding stages forcing the Tasmanian apprentice to stop riding but he had up enough momentum to still score by almost a length from Executive Officer and Winds Of Fire.

He also won Tasmania’s heat of the series in Launceston last year aboard the Mark Ganderton-trained Gea Force.

Keogh will be attempting to make it back-to-back wins in that race to be held in Launceston tomorrow week (March 31).