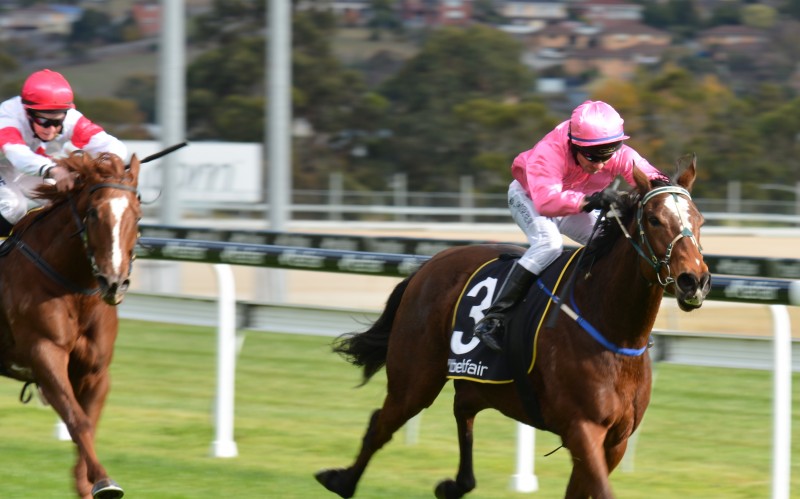 Spirit of Nia was second-up from a spell but made light work of the task.

Leading rider David Pires had the four-year-old mare settled third behind the leaders Carnelian Crystal and Serpents View that set a solid tempo to the home turn.

But when Pires called on his mare to extend she quickly gathered in the leaders and went on to score by 1-1/2 lengths from Hes Applz with No Go Zone, that came from last, almost six lengths away third.

“I was very happy with this mare’s first-up run when third in Launceston because we adopted different tactics on her that night and today she did everything expected of her and David (Pires) rode her well,” Keys said.

“We are going to put her over more distance this time in but exactly when that will be won’t be known until we have a good look at the calendar.”

“I will get her out to 1600 metres to start with and then assess where she’s at,” she said.

Spirit of Nia (Ladoni-Jennia) s only lightly raced having started 18 times for four wins and five minor placings for $55.000 in stakes.