Kickboxer lives up to trainer’s expectations 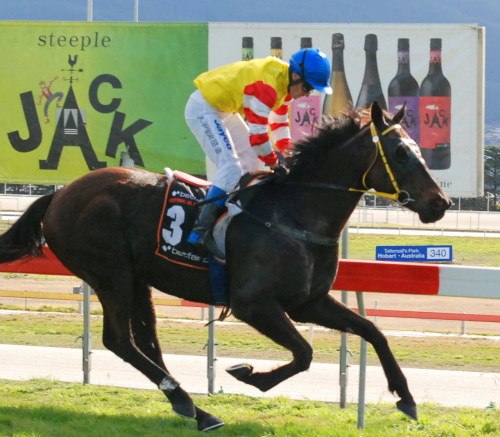 TRAINER Mark Everett has always regarded Kickboxer as an above average galloper so he was far from surprised when the gelding scored an impressive win in the Yvonne Pirotta Handicap (C1) over 1400 metres at Tattersall’s Park in Hobart last Sunday.

Kickboxer travelled sweetly in the run camped just off the pace and when jockey David Pires eased him off heels to challenge at the top of the home straight he gained the upper hand and went on to score by over four lengths from race leader Suspicious Gee Gee with Neil’s Gold over a length astern.

It was an impressive performance from the five-year-old that has been raced sparingly this preparation.

Pires described the win as “impressive”.

“He travelled really well in the run and when I asked him for the big effort he responded well. He is a very nice horse,” the rider said.

Listen to what trainer Mark Everett had to say about Kickboxer’s latest win – click here .