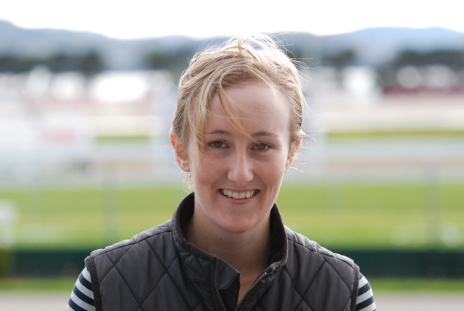 TASMANIAN born reinswoman Jaimie-Lee King took a huge lead going into the final round of the Bullock Consulting Youngbloods Series in Launceston on Sunday night but still had fears of having the title plucked from her grasp.

King won three of the first four heats to earn maximum points in each (12) and she had no drive in the fourth heat so earned a mandatory six points for a total of 42 leading into the final round.

She led the field by 13 points but after the first heat on Sunday night she had the title safely in her keeping courtesy of a win aboard the Craig Sweeney-trained Reason To Dream that led all the way to score from Sierra Gem (Bradley Wise) and Strezlecki Wildone (Alex Ashwood).

King finished third in the final heat to earn eight points and finish with a total of 62 points.

The last driver to dominate the series was Todd Rattray who won four races and was placed in a heat from six drives when he won the series in 2009.

King was born in Tasmania and began her foray into racing in her home start before relocating to Victoria about four years ago.

She spent about four months driving regularly in Tasmania last year accruing three wins and 13 minor placings that made her eligible for selection in the Youngbloods series.

The series is open to drivers who are under the age of 23 at the start of the season and who are listed in the top 10 on the driver’s premiership in that age group.

Interestingly Alex Ashwood, son of top trainer-driver Rodney Ashwood, finished second in the series with 45 points and he too resides in Victoria these days.

Justin Howlett finished third with 403 points for his best result in the series.