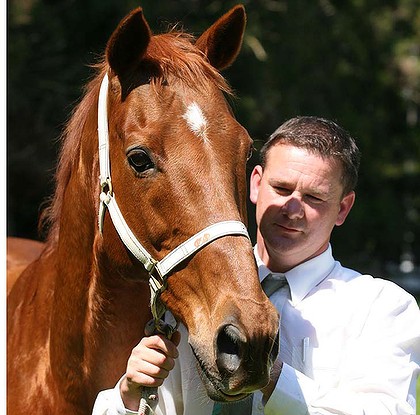 NOMINATIONS for the $225,000 AAMI Hobart Cup closed today with over two thirds of the nominees owned and trained interstate.

Of the 20 stayers nominated for the Group 3 event 14 are prepared outside of the state and includes Roi D’Jeu that is trained by Shaune Ritchie in New Zealand.

Interstate nominees already confirmed to come are former Eclipse Stakes winner Viking Hero from the Michael Moroney stable and the Patrick Payne—trained Fieldmaster that arrives in the state tomorrow to prep[are for the Jockey Club Cup at Elwick on Sunday that will serve as his lead-up to the Hobart Cup.

Last year New Zealander Mr Tipsy became the first Kiwi-based runner to contest an AAMI Hobart Cup but conditions were against him and he finished down the track.

Ritchie targeted the AAMI Hobart Cup after NZ handicappers caused him to withdraw the horse from this week’s Wellington Cup over the weight he was allocated for the Group 3 event.

Roi D’Jeu’s form of late indicates the six-year-old is bang on target for the Hobart club’s premier race.

Meanwhile star Tasmanian stayer Geegees Blackflash has been working well at Brighton and his trainer John Luttrell remains confident his stable star that is undefeated from four outings this campaign can win the big race.

click here – for the full list of horses nominated for the 2012 AAMI Hobart Cup to be run over 2200m at Tattersall’s Park on Sunday week (February 12).