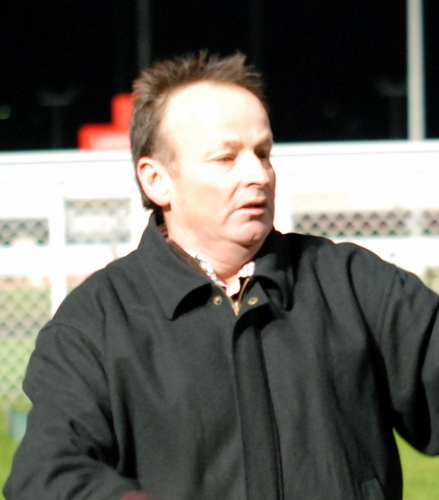 LAST season astute trainer Bill Dornauf said Klebnikova Leis was potentially the best horse he has ever trained but the filly was unable to realise what the trainer saw in her while she was learning the tricks of the trade.

But this season she is beginning to mature and in Launceston on Sunday night she delivered the goods to win the $30,000 bandbox Stakes final over 2200 metres.

Klebnikova Leis ($3.30) faced the breeze outside of the heavily backed Benediction ($2.70) but made light of the task to draw clear in the closing stages to defeat Benediction by 2-1/2 metres with Dailey Adele over six metres astern.

Dornauf was thrilled with the win and admitted it was the performance he had always hoped she would produce in a big race.

Klebnikova Leis was driven by Rohan Hadley who drove a tactical race to ensure his charge was in a winning position when it counted.

Benediction led and as soon as her driver Gareth Rattray tried to slow the pace to get a cheap quarter, Hadley called on Klebnikova Leis to sprint from last to face the breeze and ensure an honest pace was set for the duration of the race.

Klebnikova Leis (x Life Sign) is owned by Trevor and Marjorie Leis who bred the filly from their unraced mare Kvasha Leis.