Kool Kash may have untapped ability 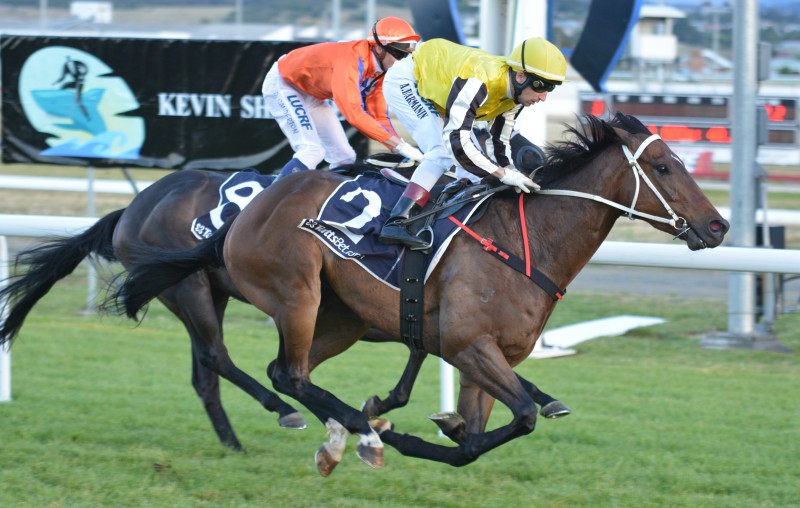 WELL bred three-year-old Kool Kash made up for a luckless debut with an emphatic win in a 3YO and upwards maiden over 1200 metres under lights at The TOTE Racing Centre in Launceston on Wednesday night.

On Wednesday night the Graeme McCulloch-trained gelding was used up early by jockey Anthony Darmanin to make the most of his inside barrier and settled third behind the leaders Liberty Heights ($2.20 fav) and Havadable ($40).

When the leaders started to feel the strain Darmanin eased Kool Kash ($3.90) off the fence in the home straight and when he called on the gelding to extend he raced alongside Liberty Heights and they settled down to a two-horse battle over the final 150 metres.

Kool Kash emerged the winner by almost a length from the favourite with Mikaylas Raider a half-length away third.

Darmanin said Kool Kash was a nice type and may have untapped ability.

“He hit the line nicely tonight and I’m sure he will keep on improving,” Darmanin said.

“We have an arrangement where Tara Farm sends some horses that it breeds over to me to prepare for the Tasmanian Magic Millions Yearling sale,” McCulloch said.

“If they don’t sell at the sale then they stay with me and we race them together,” he said.