Krakeour measures up to top company 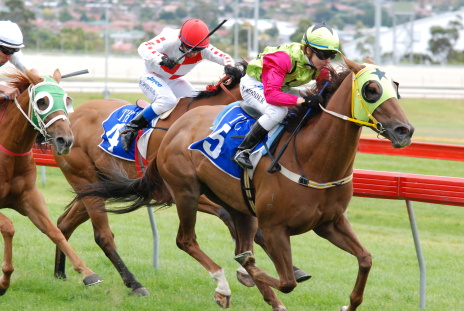 KRAKEOUR signalled his arrival as a genuine open class performer when he scored an impressive win in the Lanesborough Handicap over 1100 metres at Tattersall’s Park in Hobart today.

The Mick Luttrell-trained gelding gave his rivals a galloping lesson, leading all the way to score from Gently Bentley and race favourite Obstinado.

Krakeour (Matsqui-Bachi) was making his debut in open company but made light of the task, although he was carrying a light weight compared to the favourite that had to lug 59.5kg.

Krakeour carried 52.5kg with the two-kilogram claim for apprentice Talia Rodder who rated the four-year-old superbly.

Luttrell said Krakeour had done well since his previous outing on the track that produced a similar win in class four company and he had expected today’s result.

Listen to what trainer Mick Luttrell had to say about Krakeour’s latest win – click here .