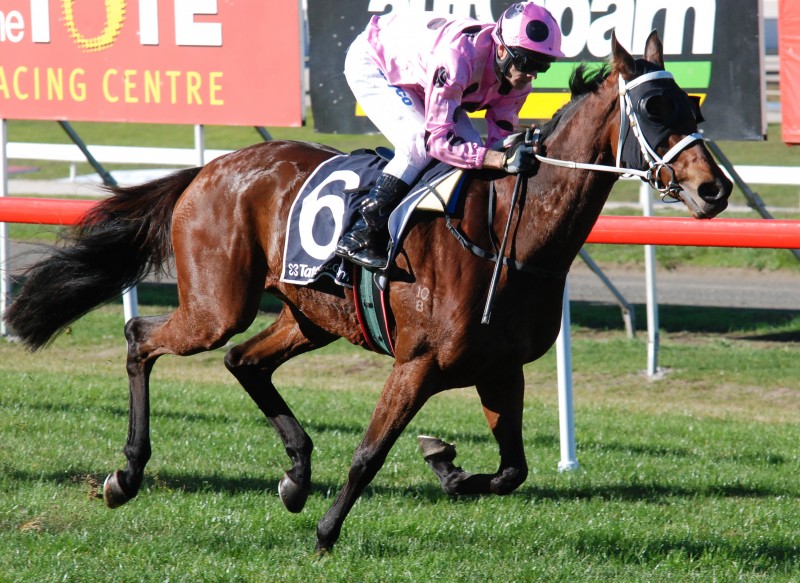 SMART four-year-old mare Ladra delivered a workmanlike performance to score an impressive win in a maiden-class one handicap over 2100 metres at The TOTE Racing Centre in Launceston.

It was the Adam Trinder-trained mare’s first try beyond 1600 metres but she made light of the task.

In-form jockey Kelvin Sanderson had the mare positioned third in the run and when he called n her to extend and get into the race 600m from home she quickly moved to the leaders.

When Sanderson called on Ladra for the supreme effort in the home straight she sped clear and went on to score by almost three lengths from Future Dividend that raced second for most of the race with Shake Her Up a similar distance away third.

Ladra was backed in to start favourite at $2.60 while the Troy Blacker-trained Known About Town that was the favourite in early markets drifted to start the second-elect at $4.70.

Listen to what trainer Adam Trinder and jockey Kelvin Sanderson had to say about Ladra’s latest win – CLICK HERE.