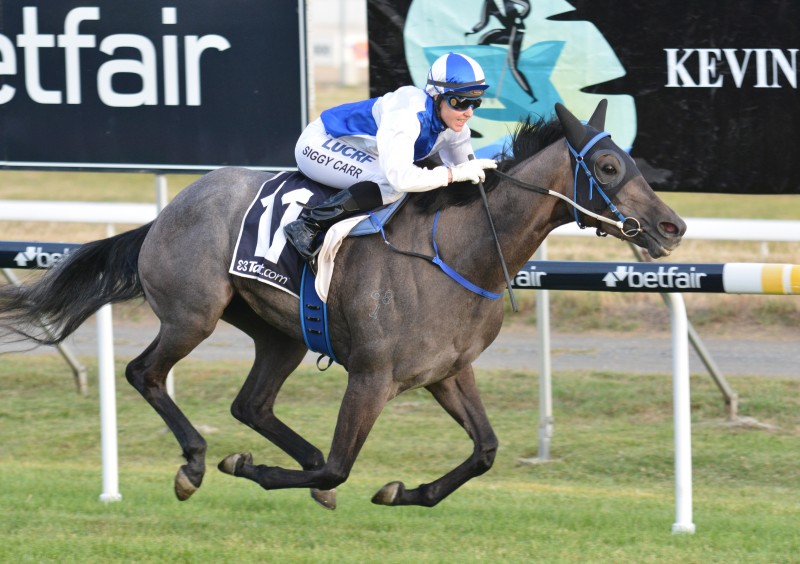 UNBEATEN Tasmanian three-year-old filly Lady Jane will have her next start at Flemington at the end of the month.

The Royston Carr-trained grey filly won her maiden comfortably in Launceston last month with top South Australian rider Dom Tourneur in the saddle and she followed up with an even more impressive victory at he same venue in a strong class one handicap over 1200 metres with the trainer’s daughter Siggy Carr aboard.

But her best win was at her most recent outing when victorious over Prince Stratum in a race that involved her taking the field up to the tearaway leader and then fending off a determined challenge from the eventual runner-up.

“The filly has done extremely well since her last win and that was probably the clincher as to whether we took her across the water,’ Carr said.

“It was a tremendous effort to do what she did off such a hot speed and still have enough courage and stamina to fight off the challenger.”

“We have already learned that she is a very tough filly with a brilliant recovery rate,” He said.

Lady Jane is by Dreamscape from former star sprinter Kats Clause that has produced three other foals including former Tasmanian 3YO of the Year Mister John.

Lady Jane will line up in an 1100-metre handicap for three-year-old fillies at Flemington on January 31.

“We’ll take her to Melbourne by boat and stable her at Flemington and then bring her back straight after the race,” Carr said.