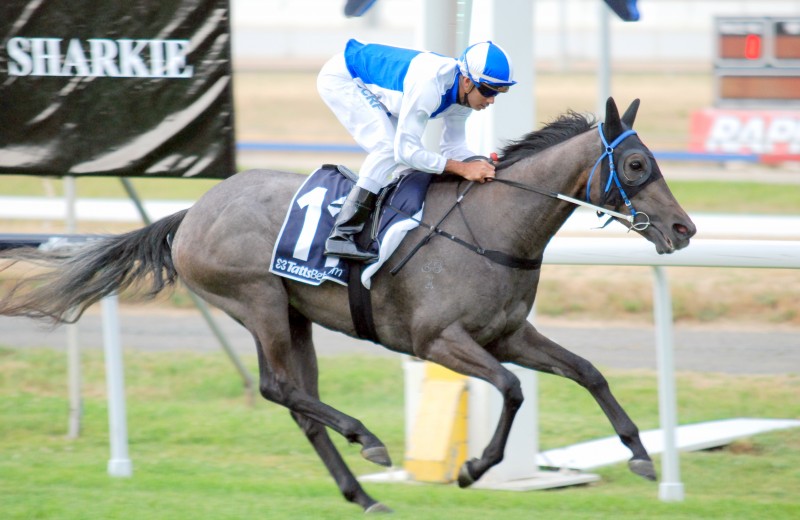 The Royston Carr-trained grey filly showed good early speed to lead and then shared the lead with the well backed Lampo to the home turn.

Livermore worked hard three-wide from the 800-metre peg and still loomed to win at the top of the home straight with the Bill Ryan-trained Savrajette also making her move to set sail after the lead.

By Lady Jane had all the answers and went on to win comfortably with jockey Dom Tourneur prepared to ease her up over the final 80 metres.

“I’m rapt that this filly has been able to win on debut,” Carr said.

“She has not been without issues in getting her to the races but I’m sure she will get better with experience.”

“Dominic (Tourneur) rode her a treat and he looked after her over the final bit of the race and that also is a good thing,” he said.

Lady Jane is by Dreamscape from top-producing mare Kats Clause that also produced Mister John (x Strada) that was Tasmania three-year-old of the year two seasons back.

The filly is owned and was bred by Dr. John Burke.