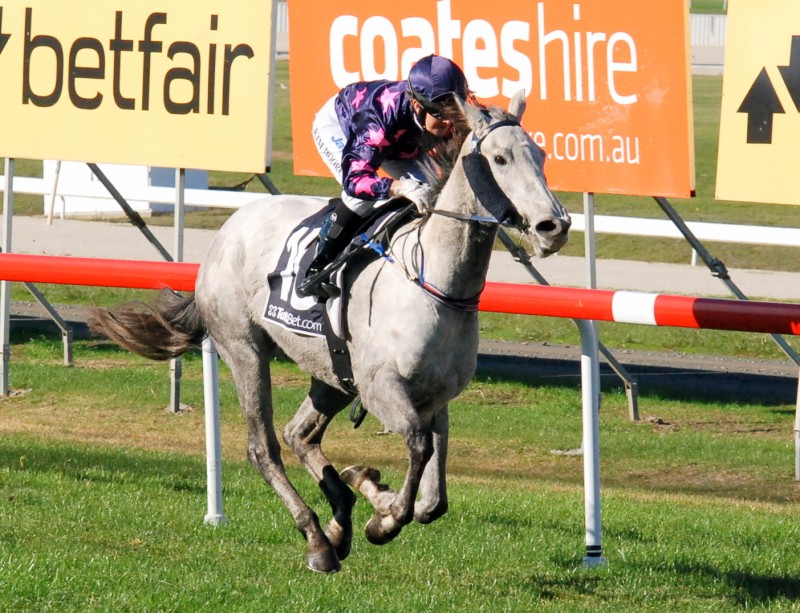 AFTER a couple of interrupted preparations three-year-old filly Pink’s A Legend finally delivered on the promise she showed at a younger age.

Pink’s A Legend (Tough Speed-Loch Carron) scored an emphatic all-the-way win at The TOTE Racing Centre in Launceston last Sunday in a maiden plate over 1200 metres in which she showed good early speed to lead.

Despite being strongly challenged turning for home she was able to shrug off her main opponent Artie Luvstoparty while General Gee Gee grabbed third but many lengths away.

The filly’s trainer Dianne Ray-Luttrell said she had always shown ability but had been a “very nervy type, and this prevented her from racing at two.

The filly is well related being a half-sister to Ray-Luttrell’s well-performed sprinter-miler Tuktoyaktuk.

Listen to what trainer Di Ray-Luttrell had to say to Tasracing’s Peter Staples after the filly’s win – CLICK HERE.