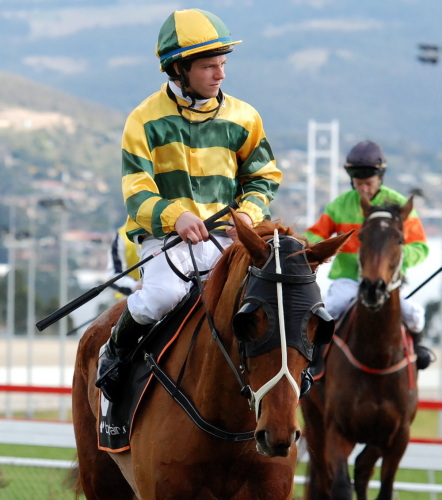 TASMANIA’S apprentice stocks have dwindled in recent years but one recent addition to the list is former Victorian John Lambie who has been welcome addition to the state’s riding ranks.

In Hobart last Sunday Lambie landed his second winner when he produced a tactical ride aboard Redbougg in a 3YO and up maiden over 1400 metres.

Lambie urged The Dean Wells-trained four-year-old mare forward from her wide gate and while he sat three-wide for some distance he gradually urged her to the front.

He then ensured a steady pace and called on his charge for the supreme effort well into the home straight.

It was a masterful ride by Lambie who is indentured to top Spreyton-based trainer Leon Wells who is regarded internationally as a brilliant master of apprentices.

He has been a mentor to some of Australia’s best in recent years including Craig Newitt and Daniel Ganderton.

Wells also has had a strong association with the Hong Kong Jockey Club that has sent three young apprentices to him for 12-month stints that have produced remarkable results.

Terry Wong, Keith Yeung and Kevin Leung have all spent time with Wells and all have gone o to become leading apprentice in Hong Kong.

Listen to what apprentice John Lambie had to say about Drummond’s win and about his time so far as an apprentice to Leon Wells – click here .