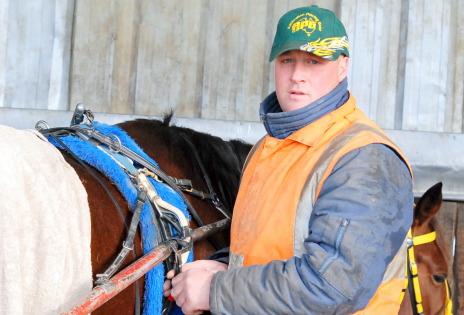 TASMANIA’S leading trainer Phillip Ford will target a couple of country cups with one his new stable tenants Land Of Panaarm after he scored an impressive win in Launceston last week.

Land Of Panaarm clocked quick sectionals and an impressive mile rate on his way to a convincing win over the very promising Maybe Doc in the Boags Classic Blonde Stakes over 2200 metres.

The six-year-old gelding was heavily backed to start the $1.90 favourite and those who took the cramped odds would have been lining up to collect a long way from home.

Land Of Panaarm had to work the last 1000 metres with Maybe Doc at his wheel applying the pressure but the favourite was up to the task.

The winner ran home his last half (800m) in 56.5sec and scampered over the last 400 metres in 27.7s so Maybe Doc can be forgiven for dropping off at the business end of proceedings.

Ford said Land Of Panaarm was a welcome addition to the stable.

“We’ll try and get him to win one more to get qualified for the Burnie Cup or the Light Harness Association Cup,” Ford said.

“He showed a bit in Victoria but I think they used to work him on his own.”

“I always work him with another horse and now he wants to have a go, so I reckon he’ll with a few more races,” the trainer said.