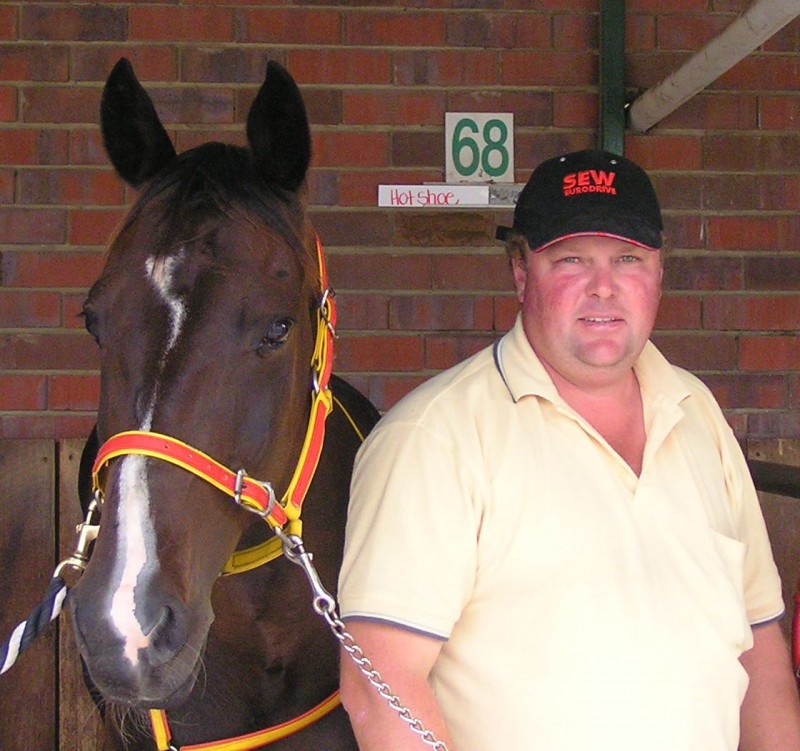 LAUNCESTON harness racing trainer Michael Laugher is confident Tony Macarony can realise the potential he showed as a two and three-year-old.

Tony Macarony seems to have come of age this season winning three of his five starts this time in with the latest one of his best.

In Launceston last Sunday night the four-year-old gelding blitzed his rivals in the Nicholls Sounds & Communications Pace over 2200 metres but it was far from unexpected with punters sending him around the $2.10 favourite

Tony Macarony (Sealed Delivered-Fox Dream) made it look easy as he cruised to the line to score by almost 18 metres from Weemalanews with Break Of Nite a neck astern.

It is the second time in the space of three starts that the gelding has broken two minutes.

Tony Macarony, owned and raced by Matthew Wright from Bridport, was very competitive at two placing in the Dandy Patchy Stakes and the Premier Stakes and last season he was placed in the Globe Derby Stakes and the Tasmanian Guineas against top opposition.

“He probably should have won the Globe Derby because he came fro three-back the fence to finish a close second to Hugo Play,” Laugher said.

“He possesses plenty of speed and I reckon he should get to top company.”

“I think he can win a metropolitan race so I might take him to Melton (Victoria) or Menangle (NSW) at some stage,” he said.

Laugher campaign a small team in Victoria last season and he had planned to include Tony Macarony in the mix but the race he had penciled in for the gelding was deleted so he stayed at home.

“He ended up going to the paddock instead and he had a few issues while spelling but he has come back better and stronger so it may have been a blessing in disguise,” Laugher said.