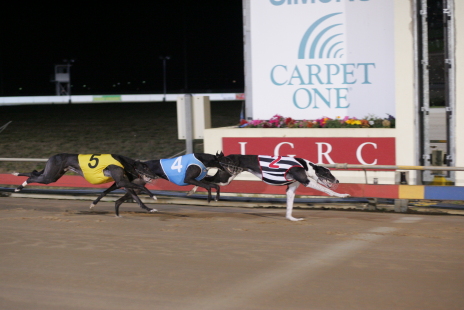 Track specialist Lika Whisper (R5) trained by Brendan Pursell will be trying to make it five wins from six starts on the track.

Shanlyn Hirdy, trained by Graeme Moate , is well drawn with a vacant box on his inside and will also be very hard to beat.

The other big chance in the race is veteran Decembrist which is racing as well as ever for Copping mentor Peter Phillips.

He will be running on strongly at the right time and could beat the two more fancied runners.

Punters should get off to a flying start with Silver Strand looking the winner of race one.

She won well in Hobart on Thursday night for Mangalore trainer Gary Fahey and will appreciate drawing box one in a moderate field.

Times Of Grace, after a brilliant win last Monday over 600 metres in 34.83, although drawing a wide box , should be far too good in race four.

Trained by Nick Howard at Richmond he was just outside Supa Instinct’s record (34.68) over 600 metres set in 2005, at his first try over the distance.

The value runner on the card is Left Seattle in race six. Prepared at Tunbridge by Rodney Bragg he is resuming from a let up and races well fresh.

The race is a tough affair with the better chances Sir Sonic(Scott Bryan) and Hollyheath (David Crosswell) awkwardly drawn.

On track Late Mail – by The Phantom