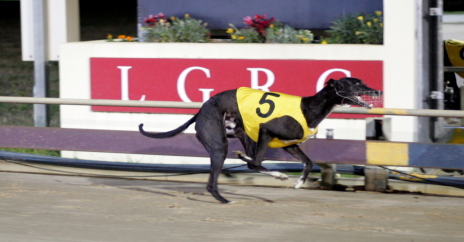 VICTORIAN dog Led Zeppelin made the sojourn to Tasmania worthwhile when he powered his way to an impressive win in the Launceston Cup Consolation over 515 metres on Monday night.

The Michelle Grima-trained dog missed a berth in the Cup final but he well and truly covered costs by returning to the state to take out the consolation that netted connections just over $3000.

Led Zeppelin began well from box five but not as quick as Beau Joker that pinged the lids and led by three lengths entering the back stretch.

Beau Joker had a first split of 4.94sec which was low flying and he kept the pace up with a second split of 17.53s.

But in the home straight Led Zeppelin dug deep and grabbed the leader 30 metres out and so fast did he finish he hit the line almost three lengths clear of Beau Joker with Winklee Wonder a close-up third just in advance of Regent Typhoon.