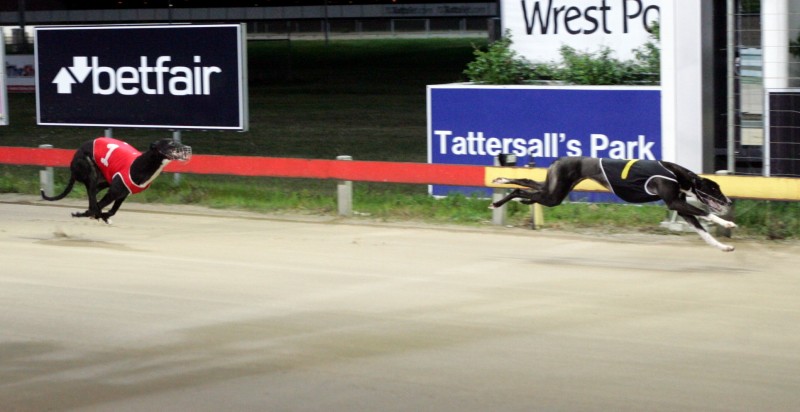 TALENTED young bitch Lillycette captured the biggest win of her career when she powered her way to an emphatic victory in the Big Moose Laurels over 461 metres at Tattersall’s Park in Hobart last night (Thursday).

The Ted Medhurst-trained bitch began brilliantly from box seven to easily find the lead and once on the lure she proceeded to give her rivals a galloping lesson.

Lillycette went on to score by almost three lengths from Fantastic Nikita that was game in defeat with Howzat Grace coming from well back to grab third three lengths away.

It was only Lillycette’s fourth start in the state but it was her third win and she was second a her only other outing which was in a grade four in Hobart prior to winning her Laurels heat.

“This bitch has done a good job since she arrived with me and I’m hoping she continues to improve,” Medhurst said.

Lillycette is owned in Victoria by Lee Tindall and was in need of a recovery program from an injured hock before she was transported to Medhurst’s kennel.

“The owners said she had a minor injury and that they wouldn’t send her to me until she was sound and to their credit that’s what happened.”

“The plan is to let her go through her grades so there is no special plans for her but provided she continues to improve she will do well here because she has god manners,” he said.

“I am more than pleased with her progress. She is a strong bitch and she is beginning well which is everything in today’s racing,” he said.

Medhurst plans to step Lillycette up to the middle distances (580-600m).

“I know she’ll run a strong 600 metres so we’ll probably step her up to that distance sooner than later and she might even be good over 700 metres, we’ll have to wait and see,” Medhurst said.