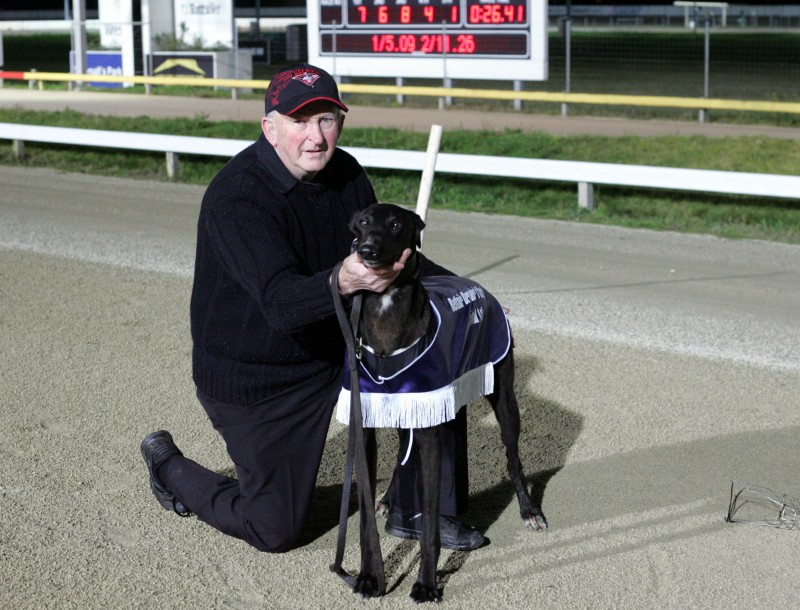 PUNTERS rallied for extra smart youngster Bruny Venture in the final of the HGRC Breeders Classic in Hobart last night (Thursday) but it was his lesser fancied litter brother that stole the show.

Rip and Tear ($9.20) casually went about his business while his more fancied opponents battled interference heading to the top turn.

By the time the winner’s litter brother Bruny Venture ($3 fav) , Izon Destruction ($4.40) and Buckle Up Fitch ($3.40) found their way clear of trouble the race was over.

Rip and Tear (Mogambo-Dennes Point) began brilliantly from box seven and quickly crossed down the rail to lead, although he first had to overcome being galloped on from behind by the second favourite Buckle Up Fletch.

But once on the lure he sped clear and had no trouble holding the rest at bay scoring by over four lengths from the fast-finishing Shanlyn Betty with Buckle Up Fletch a neck away third and well clear of Bruny Venture.

that made up the first four.

“This dog seems to save his best for race days because he definitely not flash at the trials,” said part-owner breeder Greg Fahey.

“That was his third win in Hobart and surprisingly he has clocked 26.41 every time so that’s quite a quirky feat,” he said.

Rip and Tear has lived in the shadow of his brother Bruny Venture that has produced some smart times on the Hobart circuit.

“There’s no doubt Bruny venture is the best of the litter and his run in finishing fourth was enormous,” Fahey said.

Winning the Breeders Classic final was a welcome tonic for trainer Gary Fahey who also part-owns the litter.

The trainer spent most of the week laid up with a virus that restricted him to feeding and working the dogs and spent the rest of each day in bed.

“Gary has been quite ill so this win will definitely cheer him up,” Greg said.

The Breeders Classic series have been kind to the trainer as he has won the Devonport club’s edition of the series last year with Daniel’s Bay and the year before in Launceston he won it with Miki Moto Mike that was owned by former Hobart-based greyhound race caller Brett Davis who now resides and calls thoroughbred racing in Hong Kong.