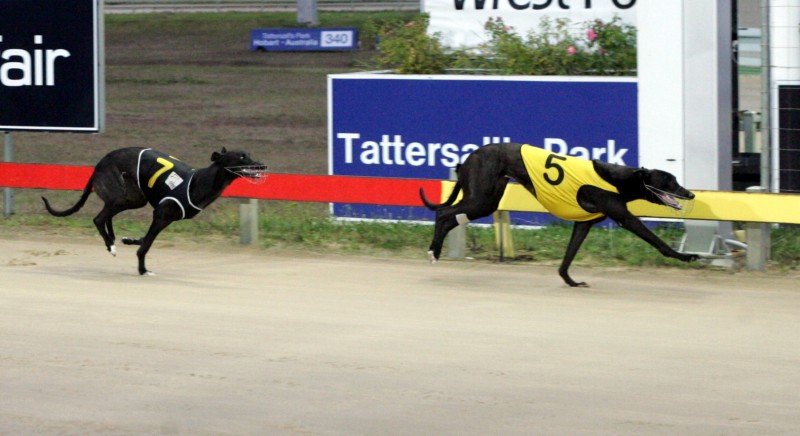 Next Matador and ($7.50) was making his debut but despite inexperience he showed tremendous grit to chase down the leader and favourite Mavista Falls (7)  and run on to defeat that bitch by almost two lengths with Hellyeah Skeeta a distant third.

Hattie Bee had to overcome an early scuffle from box eight to put herself into the race and she too showed a character to roll alongside the leader and then power home to win by 3-1/4 lengths from Noble Spirit that flashed home along the rails.

It was Hattie Bee’s third start having finished third on debut and fourth at her only other outing in which she was backed in to start the $2.30 favourite.

Next Matador were bred in New South Wales by Sarah Monaghan and four of the litter were purchased by former Tasmanian Craig Cassidy who now lives in Queensland but he races a lot of his dogs in Tasmania.

Ransley said the litter siblings (Magic Sprite-Torah Bee) showed a lot of ability when they first came to him.