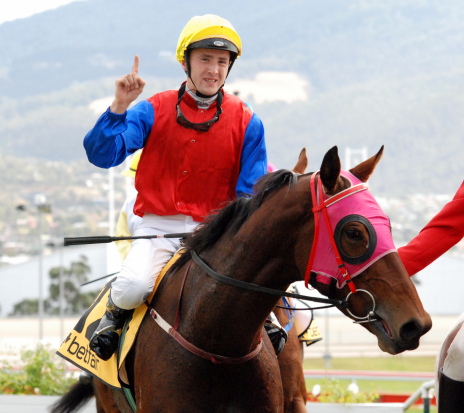 WHEN lightly raced mare Little Bit Of Joy made her way to Brendan McShane’s stables at Broadmarsh there was some trepidation as to whether she would ever win a race.

Little Bit Of Joy was bred by Irishman David Medbury who was one of the key figures in bringing 2010 Melbourne Cup winner Americain to Australia along with triple Group 1-winner Manighar and last year’s Melbourne Cup placegetter Lucas Cranach.

Medbury, who retains shares in Little Bit Of Joy, sent her to McShane in an attempt to make her a winner.

“David (Medbury), who is very sick at present, has been a family friend since the 1970s and he is the man who gave me my start when I went to Tipperary in 1987,” McShane said.

“We’ve kept in touch since and he gave me this horse because it was battling in South Australia and he wanted to try her out on our machines,” he said.

McShane has an aqua walker (water treadmill) that has been very successful as a training aid for horses with suspect joints and for those that don’t handle normal training regimes.

“This mare is easy to train and tries hard, which are two big positives, but she is very dour and only has the one speed.”

“That’s why I told the jockey (Bulent Muchu) to stay wide and keep her rolling – if she got caught flat-footed she couldn’t win,” he said.

Little Bit Of Joy defies her breeding because most withy her pedigree are serious sprinters, yet she is at her best over 1600 metres and beyond.